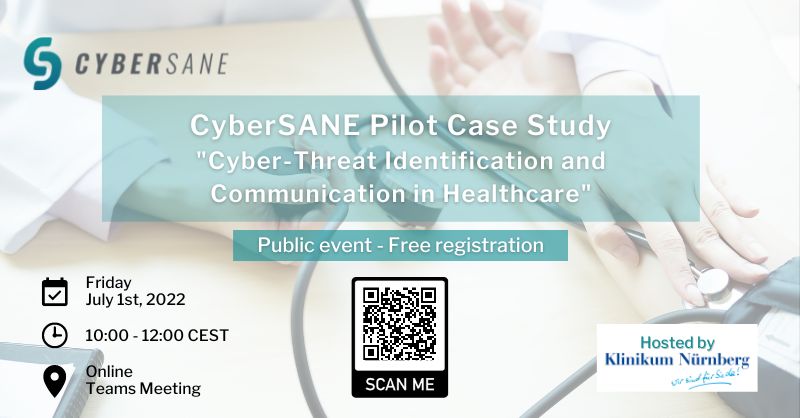 On the 1st July 2022, CyberSANE hosted its third and final Pilot Case Study, organised by Klinikum Nurnberg. This Pilot Case Study took place from 10:00 to 12:00 CET, via Microsoft Teams.

This pilot tested and validated the CyberSANE System in the scope of a cyber-attack scenario on a simulated infrastructure of a health care provider, hosted by Klinikum Nurnberg.

After the event, participants received an anonymous questionnaire to provide their opinion and comments on the pilot study (see Information Sheet and Consent Form conditions upon registration).

See below for an overview of the agenda, as well as the list of speakers and presentations used during the event. 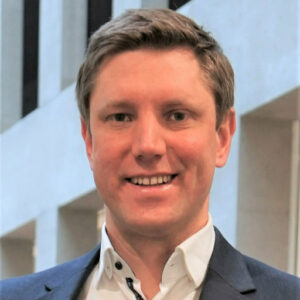 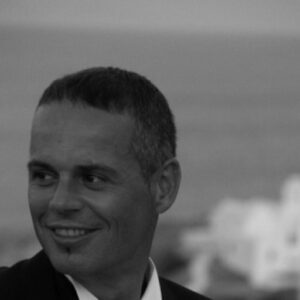 Dr. A. Karantjias has obtained the Degree of Electrical and Computer Engineering from University of Patras (Greece) in 2000 and a PhD in Computer Science from National Technical University of Athens (Greece) in 2005. His current research interests include identification, design and evaluation of synchronous security and privacy issues on Critical Infrastructures (i.e. Ports, Airports, Hospitals, etc.), as well as analysis, modelling and interpretation of data for the proper design, implementation and utilization of advanced computerised models, reaching new machine learning models and algorithms. He has been involved in a set of European and national research projects and he has authored over 35 publications on several topics such as cyber security, privacy, modern architecture design, and other. 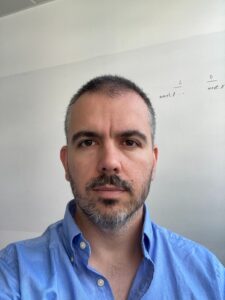 Luis Ribeiro received his B. Tech from Instituto Superior Técnico –Lisbon in 2007, his M.S. in Information & Computer Science from the Instituto Superior Técnico – Lisbon in 2007 with a dissertation on agents for massive multiplayer online games, which later would become the core for the version 2.0 of the online game Almansur (www.almansur.net). Started his career in 2002 as an undergraduate researcher for the INESC-ID SAT group, developing optimization techniques for speeding up SAT-Solvers on complex NP-Complete problems.

From 2004 to 2006 worked as algorithm specialist at SIEMENS R&D, during which time he created a routing simulator algorithm and a network element simulator for STP and MSTP protocols. Between 2006 and 2007 worked on his master thesis and finished the first commercial version of Almansur. He is a technical evangelist at PDMFC, making sure everyone is up to date on the usage of new technologies. In the past he lead the CSIRT team at Vodafone Portugal and worked as an expert advisor to the CSIRT of several Portuguese National Entities. Currently splits his time between security research projects, management of PDMFC group.